Pittsburgh Festival Opera presents innovative opera, producing American works, reinterpretations of older works, and new works, for the widest possible audience. The company focuses on diversity in programming and casting, on crossing boundaries and bringing together talents from all the arts, on encouraging new talent, and on broadening audiences through outreach and education, to create a body of work that is original, entertaining, contemporary, and relevant.

Pittsburgh Festival Opera brings the power of world-class performances to humanize, energize and re-define opera as an experience that is up-close and personal, approachable, and relevant to today’s audiences. We break boundaries in the arts, bringing together audiences and artists of all backgrounds to engage in experiences that inspire and enthrall. 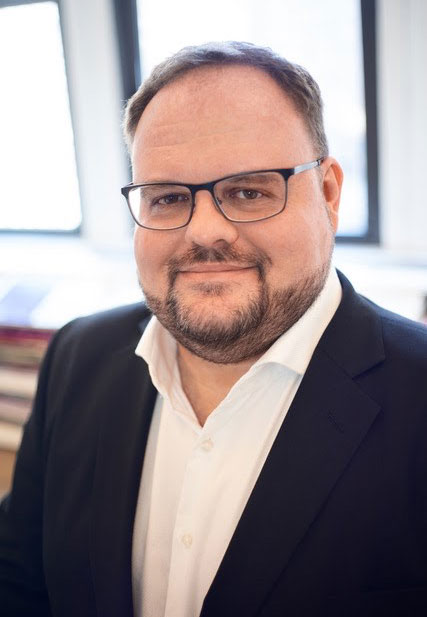 Christopher M. Powell is currently in his 25th year of arts administration having held prominent positions at The Glimmerglass Festival, Pittsburgh Opera, Spoleto Festival USA, Tanglewood Music Center, Pittsburgh CLO and Walt DIsney Creative Entertainment. He was the Executive Producer of the acclaimed Breaking Glass: Hyper-linking Opera and Issues podcast with the WFMT Radio Network which focused on social responsibility in the opera industry. Christopher is a classically trained French horn player and music educator and a graduate of OPERA America’s Leadership Intensive program. He holds a Bachelor of Science in Music Education degree from Duquesne University, a Master of Music Performance degree from the University of Miami, and a Master of Business Administration in International Business from Point Park University.

Marianne Cornetti is internationally recognized as a leading Verdiana, who for 30 years has owned both Verdi’s prime roles for mezzo-soprano, Amneris in Aida and Azucena in Il Trovatore. She has also portrayed iconic leading Verdi roles including Lady Macbeth in Macbeth, and Princess Eboli in Don Carlos. Known as a Falcone who can soar into roles often played by sopranos, Cornetti’s versatility has also led her to perform Abigaille in Nabucco and the title role in La Gioconda. Seen and Heard International has called Cornetti’s voice “a miracle of power and flexibility from top to bottom,” and praised her for “imbuing each [role] with an emotional force all its own.” Cornetti’s recent engagements include singing Il Trovatore at The National Center for the Performing Arts in Beijing, China and Aida with The Royal Opera Wallonie in Liege, Belgium and Hansel & Gretel with Pittsburgh Opera and The Rise and Fall of the City of Mahagonny at Teatro Regio in Parma, Italy. Fall of 2020 sees Cornetti again on the Benedum stage singing with Pittsburgh Opera. Marianne has distinguished herself as one of the only female opera company leaders who also maintain an active singing career.

Roxy MtJoy, Director of Institutional Advancement is responsible for strategic partnerships and fundraising activities for the company, including foundation, corporate, government, and individual giving. She holds a B.A. and M.F.A. in Theater from Randolph-Macon Woman’s College and Sarah Lawrence College, respectively. Roxy has an extensive career both as an arts administrator and as a theater director, having worked previously at Second Stage, Upright Citizens Brigade, New Victory Theater, Playwright’s Horizons, New York Madness, and Cherry Lane Theater, among others. Roxy resides in Mt. Lebanon with her partner Tyson and her daughter Clara.

Robert Frankenberry leads a multifaceted career as a vocalist, pianist, educator, actor, and conductor. As music director for Pittsburgh Festival Opera, he has collaborated on critically-praised new productions of a wide-range of works, including “reimaginings”of works by Offenbach (The Tales of Hoffmann – Retold) and Bizet (Carmen: the Gypsy) and site-specific productions of Orpheus & Eurydice by both Gluck and Ricky Ian Gordon (presented as Euridice and Orpheus), Daron Hagen’s Shining Brow-Fallingwater version, and Montemezzi’s L’Incantesimo (The Love Spell); and has led the premieres of the Night Caps- also contributing as a composer- and Night Caps International projects, Roger Zahab’s Happy Hour, Gilda Lyons’ A New Kind of Fallout, and Dwayne Fulton’s A Gathering of Sons. Since joining the faculty of the University of Pittsburgh’s Department of Theatre Arts in 2015, Robert has provided vocal direction and musical support for Pitt Stages’ productions of Nine, Peter & the Starcatcher, and A Midsummer Night’s Dream; musical direction for Hair and Little Shop of Horrors; and direction for The 25th Annual Putnam County Spelling Bee and Parade. On stage, he has performed a wide range of roles including Mozart (Amadeus), John Adams (1776), Carl-Magnus (A Little Night Music), Bacchus (Ariadne auf Naxos), and the title roles in Don Carlo, The Tales of Hoffmann, Faust, and Willy Wonka. A charter member of the New Mercury Collective, he originated the role of Orson Welles in Daron Hagen’s Orson Rehearsed in collaboration with Chicago’s Fifth House Ensemble in September 2018. At the piano, he performs regularly as an active member of numerous ensembles including Pittsburgh’s IonSound and AnimeBOP; New York City’s The Phoenix Players and PRISM Players; and multi-city entelechron and Chrysalis Duo. He can be heard singing and playing on the Naxos, Albany, New World Records, Roven Records, New Dynamic Records, and Innova labels.

Iain Crammond is an up-and-coming media professional based in the Pittsburgh area. He is a student of the University of Pittsburgh’s film, English writing, and economics programs, and works as a freelance filmmaker outside of his position with Pittsburgh Festival Opera. In 2018, Crammond studied at the Derek Jarman Lab in London, working on projects which went on to appear in the BFI Future Film Festival and Young Voices Essay Film Festival. He is an active choral singer in Pittsburgh, currently serves as president of the Heinz Chapel Choir, and holds the John Goldsmith Award for Choral Excellence.

Seamus Ricci is a director, educator, and performer alongside the title of Director of Education for Pittsburgh Festival Opera. Seamus started training at Indiana University of Pennsylvania achieving a B.S. in Music Education and a B.F.A. in Vocal Performance, and then later obtaining a M.S. in Elementary & Early Childhood Education from Duquesne University. From 2007 to 2014, Seamus worked as a preschool teacher for Pittsburgh Public Schools, then in 2014 had a director debut with Neighborhood Opera Company directing Don Giovanni with an All-Black cast. It was at this time that Seamus developed a new trajectory as a director, assistant director, and stage manager while maintaining involvement with education programs through theater companies across the country.  These experiences included working for City Theatre of Pittsburgh, Carnegie Mellon University School of Music, Pittsburgh Symphony Orchestra, Bach Choir of Pittsburgh, Neighborhood Opera Company, Pittsburgh Festival Opera, Opera North, Bel Cantanti Opera Company, Opera NEO, Knoxville Opera, Indianapolis Opera, and Opera San Jose. Based in Pittsburgh, PA, Seamus can also be seen as his alter ego Deep Violet, who is an avid facilitator for charity events in the Pittsburgh community.